Collaboratory on Research Definitions for Reserve and Resilience

In the landmark articles by Blessed et.al[1] (1968) and Katzman et al[2]. (1988), the authors noted certain individuals who were cognitively normal at death but had higher plaque count. In both of these cases, they used the term reserve to apply to the brain: having more brain matter or synapses to lose allowed some people to cope with more Alzheimer’s disease (AD) pathology before becoming demented. These observations, supported by many subsequent similar findings, led to the concept of brain reserve (BR). This concept focuses on the brain substrate itself and has often been considered a passive form of reserve. Subsequent to this, studies on certain lifestyles accounted for differential risk of developing AD [3] [4] .

It was posited that people with certain lifestyles could cope better with increasing AD pathology by using more flexible or adaptive cognitive network. This was titled cognitive reserve (CR). Over time, numerous incidence studies replicated the original observations and added other lifestyle or genetically based variables that also imparted reserve against incident dementia[5] [6] [7].

In addition to ADRD, the concept of CR has been applied to normal aging, where similar life exposures are associated with preservation of cognition or reduced rates of cognitive decline with aging[8]. Similar applications of this concept have been made to many other conditions where brain changes affect cognition including vascular injury[9] [10], Parkinson’s disease[11], traumatic brain injury[12], HIV[13], neuropsychiatric disorders[14] [15], and multiple sclerosis[16].

More recently, the complementary concept of brain maintenance (BM) was introduced[17], This concept is based on the observation that there are individual differences in maintenance of the integrity of the brain itself with aging, including differences in the degree of age-related brain changes and pathology. Many of the exposures associated with greater CR have been associated with better brain maintenance as well. All of these concepts, which in the aggregate might be used to account for “resilience” against age- and disease-related changes, have been the subject of much research. However, different investigators have used these terms in different ways, and others have proposed alternate but related mechanisms for accounting for differential resilience.

Areas of controversy remain. For example, the differentiation between BR and CR is controversial due to the basic fact that cognition is a brain function. Some find this differentiation useful, because it highlights that individual differences in performance or resilience remain even when no differences can be found in available in vivo measures of brain integrity (i.e., the same levels of brain volume, white matter integrity, amyloid burden, etc.). Others find it misleading or artificial because any difference in cognitive measures must reflect a difference in a brain mechanism, even if the brain mechanism underlying the cognitive measure is yet unknown or cannot be measured in vivo. Investigators also disagree on the nature of the concept of CR itself, since it can be decomposed in many ways.

Some have focused on compensation as a key feature of resilience with aging. Also, some include compensation as an aspect of CR whereas others see compensation as a separate concept. Further, the direct measurement of these constructs, particularly CR and BM, is difficult or problematic. Finally, there is confusion and differences of opinion regarding the appropriate ways to apply these concepts to research practices.

In summary, themes of reserve and resilience have already been a strong focus of cognitive and cognitive neuroscience research. Still, there is greater need for consensus on terminology and applications of this terminology to research design.

[1] “The association between quantitative measures of dementia … – NCBI. https://www.ncbi.nlm.nih.gov/pubmed/5662937.

[9] “Education and the cognitive decline associated with MRI-defined brain ….” https://www.ncbi.nlm.nih.gov/pubmed/16894104. 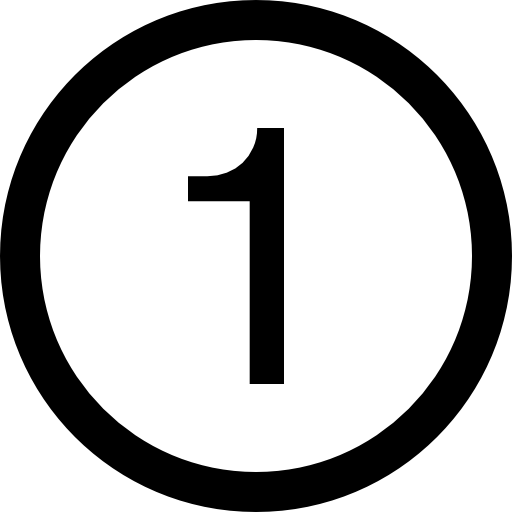 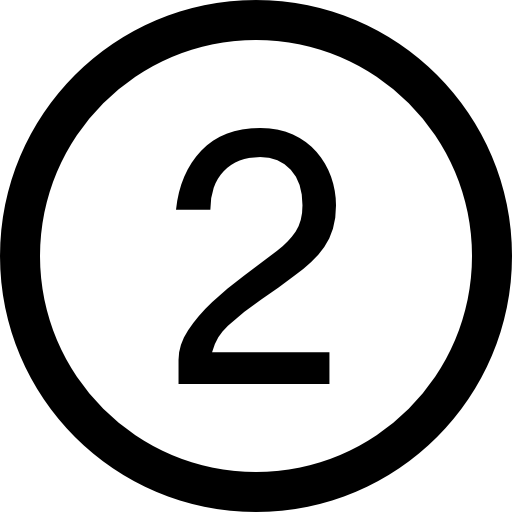 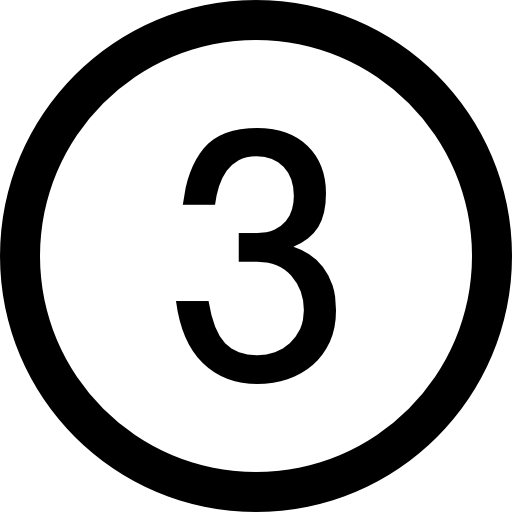 Maintenance, reserve and compensation: the cognitive neuroscience of healthy ageing 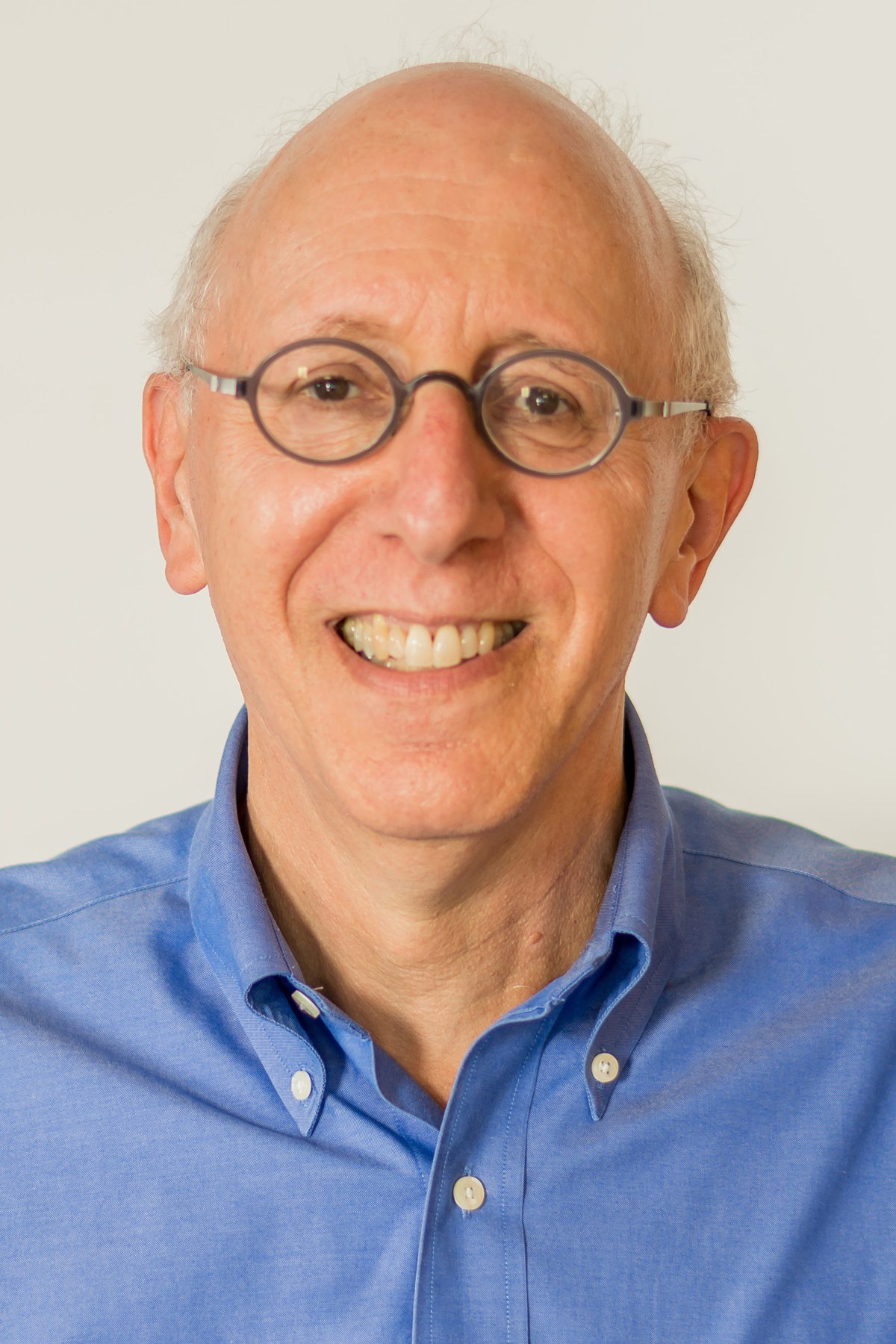 Yaakov Stern, PhD, (Workshop Chair) is Chief of the Cognitive Neuroscience Division, Department of Neurology and Professor of Neuropsychology, Gertrude H. Sergievsky Center and Taub Institute for Research on Alzheimer’s disease and the Aging Brain at Columbia University Medical Center.
Dr. Stern’s research focuses on cognition in normal aging and diseases of aging, particularly AD. A strong theme of his research has been exploring individual differences in task performance in general and more specifically the reason why some individuals show more cognitive deficits than others in the face of brain insult. This has led to the cognitive reserve hypothesis, which provides rationale for intervening to improve cognitive aging.

Dr. Stern has provided some of the earliest epidemiologic evidence and developing the theory of cognitive reserve, differentiating it from other important concepts such as brain reserve and brain maintenance. His lab is involved in several ongoing, large scale imaging studies of cognition in normal aging, studies of heterogeneity of AD and epidemiologic studies of aging, AD incidence and progression. 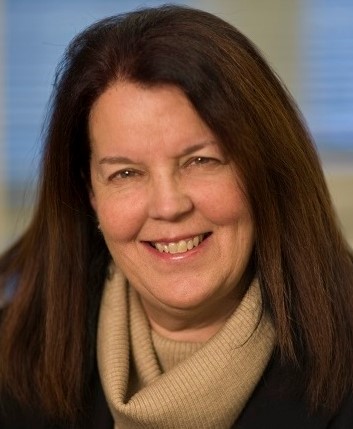 Her research focuses on understanding the cognitive and brain changes in aging and neurodegenerative disorders such as AD. Dr. Albert’s research aims to identify the relationship between biomarkers based on imaging, cerebrospinal fluid, blood and genetics to cognitive changes and the early diagnosis of AD.  Her research was the first to show the characteristic feature of delayed recall in AD.

Dr. Albert’s work on the examination of risk and protective factors in progression from normal cognition to mild cognitive impairment incorporates the important concept of cognitive reserve. More recently her work has combined longitudinal studies with biomarkers and cognitive test scores to characterize the progression across the AD continuum. 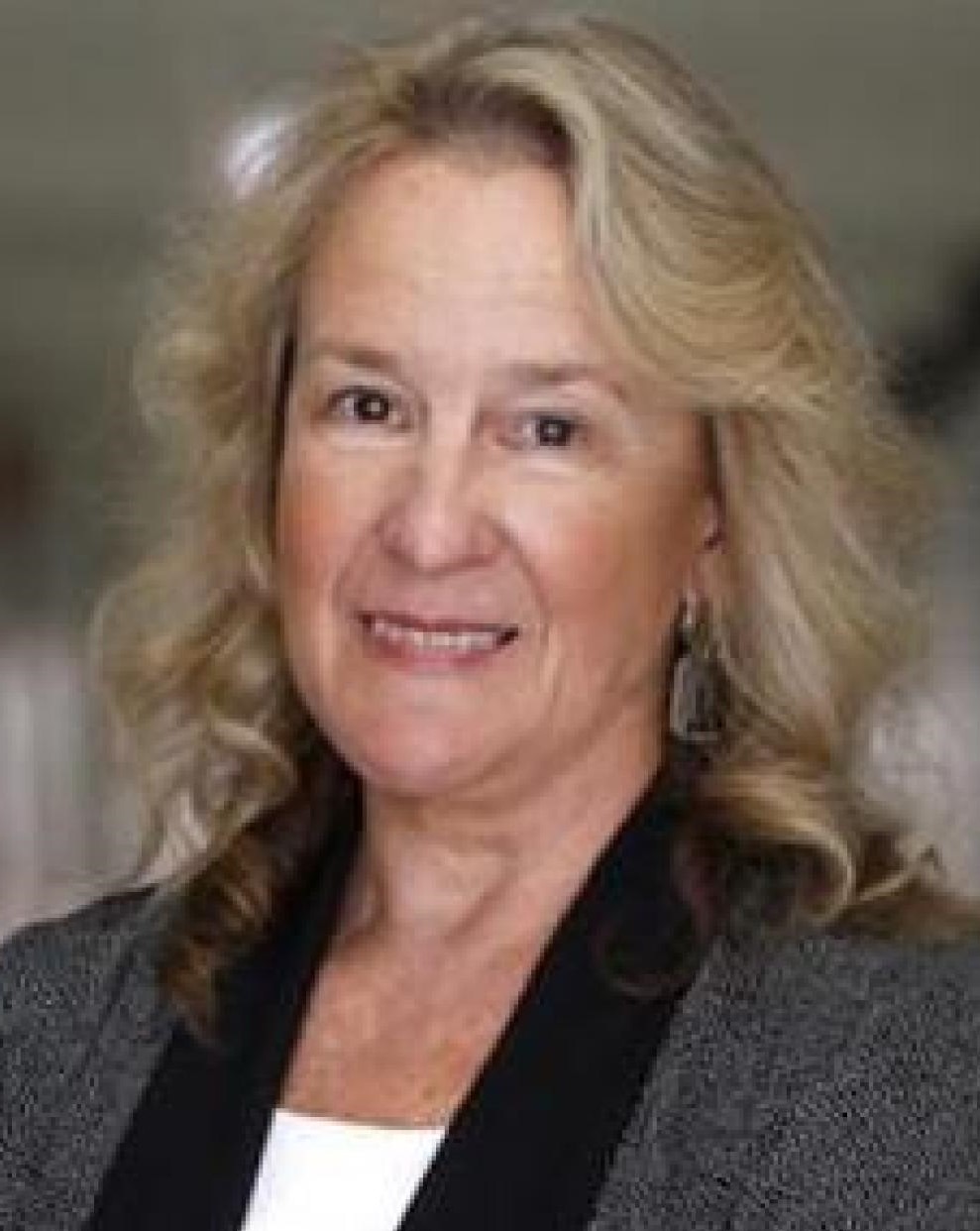 Dr. Barnes is an elected Fellow of the American Association for the Advancement of Science and a member of the National Academy of Sciences. Dr. Barnes is known for her pioneering work in animal models of brain aging and cognition, and the development of the novel “Barnes maze”. Her research aims to understand the neurobiological mechanisms that underly memory change in normal aging and individual differences in cognitive trajectories that occurs in aging.

Dr. Barnes’ seminal work in 1980 on synaptic transmission in the hippocampus of aging animals first demonstrated the concept of compensation in aging brain. Over the course of her research career, she has developed a number of methods for high density electrophysiological recording of behavior-driven single cell activity and molecular activity monitoring across the brain. Her lab uses behavioral, electrophysiological and molecular approaches to identify factors that would benefit from specific treatment or prevention approaches for optimizing memory across the lifespan.

Dr. Cabeza has over 20 years of experience in neuroimaging of episodic memory and aging. His laboratory uses functional MRI (fMRI), diffusion tensor imaging (DTI), electro-encephalography (EEG), and transcranial magnetic stimulation (TMS). Using these various techniques, his laboratory investigates compensatory mechanisms in the aging brain, including the phenomena that older adults tend to show more bilateral and more frontal activation patterns than younger adults. Dr. Cabeza and his students also examine age-related deficits in white-matter and their impact on functional brain activity and connectivity. They also study the effects of aging on the neural mechanisms of memory processes, including recollection, source memory, false memory, emotional memory, and autobiographical memory.

Currently, Dr. Cabeza’s laboratory is using sophisticated network and representational analyses to examine age effects on cognitive abilities, including decision making, and examining the use of cognitive training and TMS to enhance cognition in older adults. Dr. Cabeza’s work has direct implications for understanding individual differences in cognitive abilities among older adults, including those related to pathological processes such as Alzheimer’s Disease 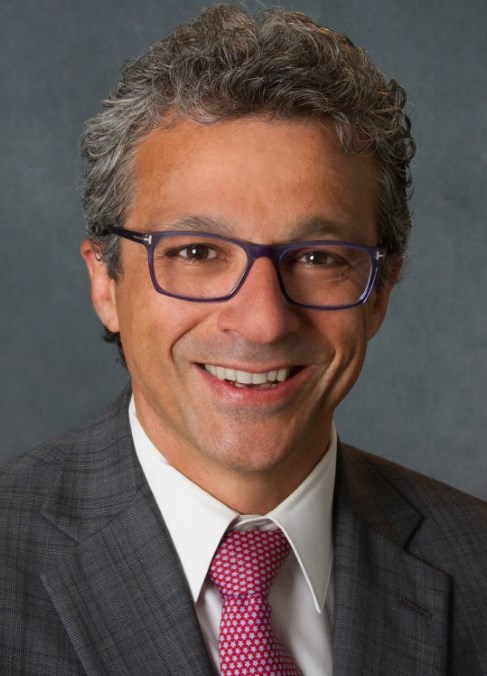 Dr. Pascual–Leone is an international leader in the study and modulation of human cortical plasticity and a pioneer in the use of noninvasive brain stimulation methods and their application for the study of brain behavior relations and the development of diagnostic and therapeutic interventions in neuropsychiatry. His work has contributed to the technological improvement, clinical application, and teaching of noninvasive brain stimulation technologies, including Transcranial Magnetic Stimulation (TMS) and transcranial Electric Stimulation (tES).

Dr. Pascual-Leone is also a listed inventor in multiple patents regarding the integration of various brain imaging and neurophysiologic techniques, engineering solutions to enable closed-loop, EEG-gated stimulation, as well as new brain stimulation methods and techniques, such as Temporal Interference Stimulation (TIS) that allow precise and selective noninvasive stimulation of deep brain structures. A major current focus of Dr. Pascual-Leone’s scientific work is the development of translational approaches to characterize and promote brain health across the lifespan. Dr. Pascual-Leone remains a practicing cognitive neurologist and dementia specialist with a focus on comprehensive, patient-centered, personalized care and multi-disciplinary, holistic support of individuals with cognitive decline, their families and caregivers. 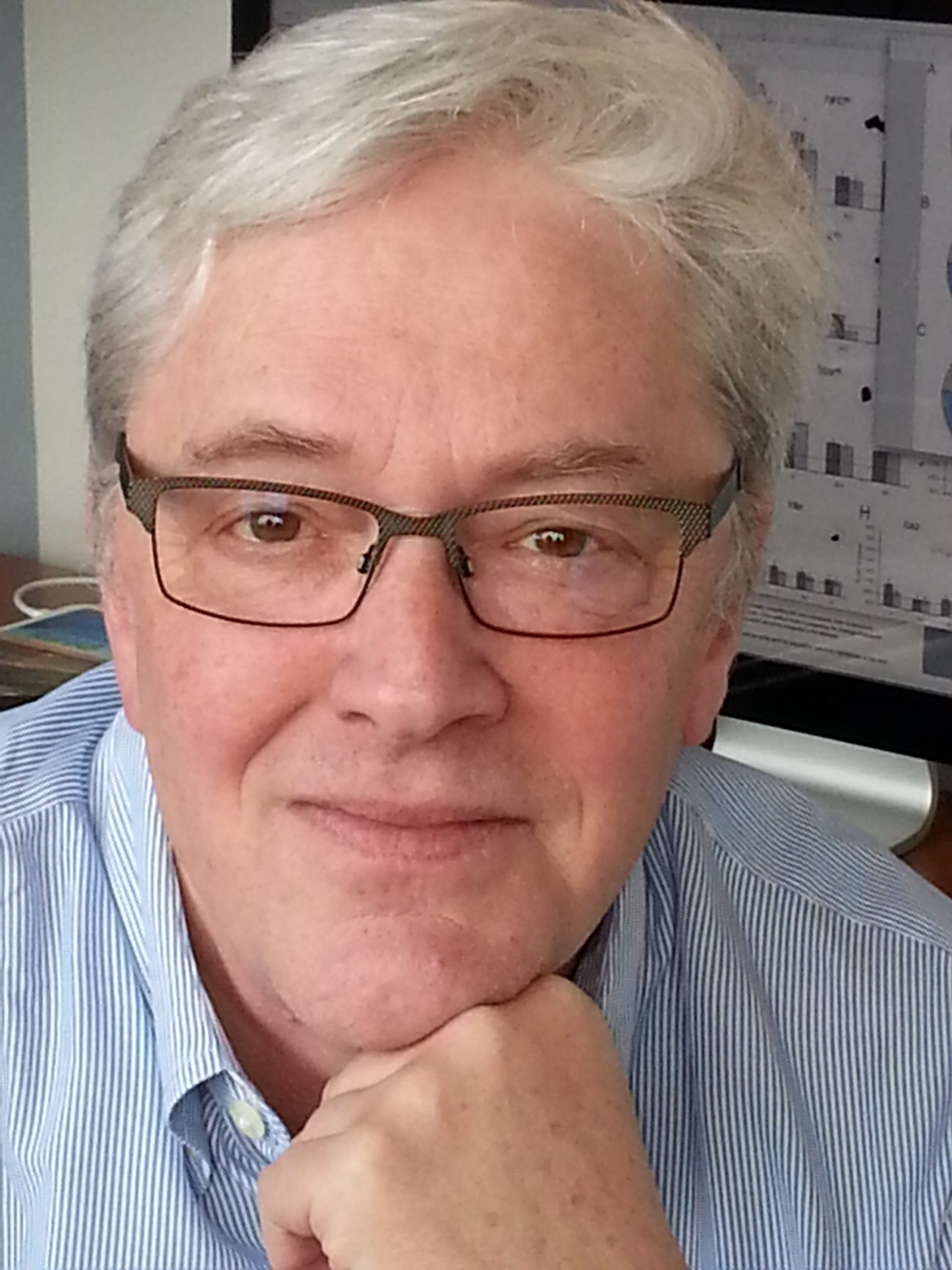 Peter Rapp, PhD, is Chief of the Neurocognitive Aging Section and Senior Investigator in the Laboratory of Behavioral Neuroscience at the National Institute on Aging (NIA) Intramural Research Program. His research centers on the cognitive and neurobiological effects of aging in preclinical animal models including rats and monkeys.

Advancing his research, Dr. Rapp has active collaborations which have identified key neurobiological signatures of age-related cognitive impairments. His body of work suggests that successful healthy cognitive aging arises from a process of neuroadaptation that could lead to interventions towards effective aging.